Brenda O. (student): “Meeting with people like Megan as homestay hosts gave me hope. It reminded me that there are many people helping other people to achieve their goals, that they want to support Mexican students like me to make a difference.” 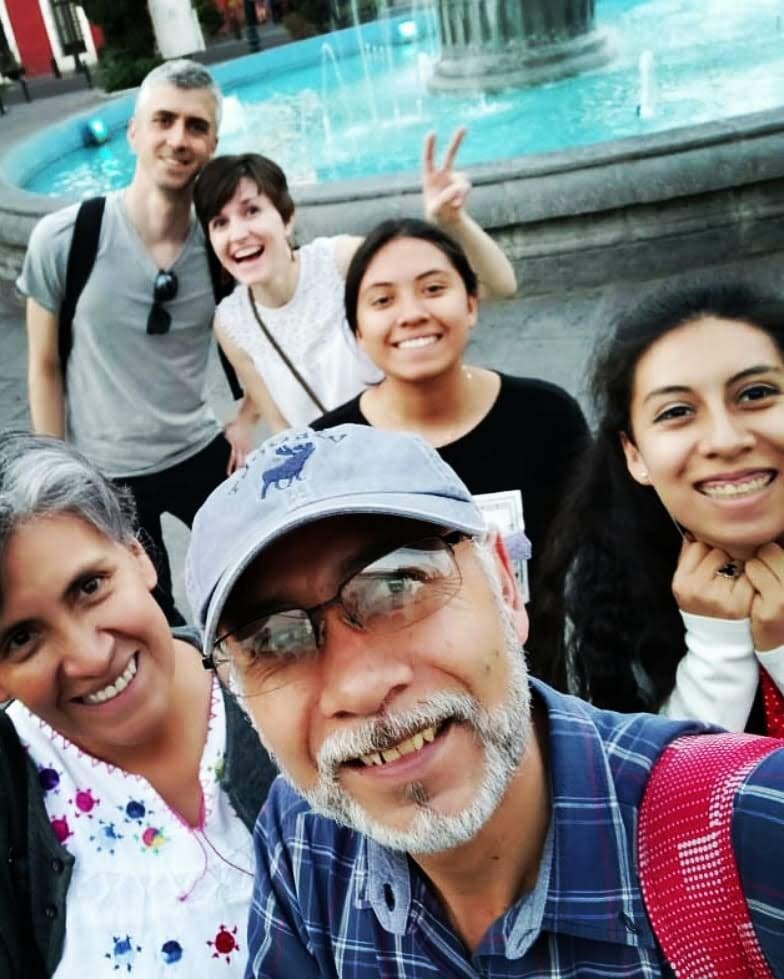 In 2018, Brenda O. visited Chicago as a part of the Jóvenes en Acción (Youth in Action) Mexico Young Leaders Exchange Program, sponsored by the Youth Program Division, Bureau of Educational and Cultural Affairs at U.S. Department of State and the U.S. Embassy in Mexico. It was under the umbrella of World Learning and implemented by WorldChicago.

During the program, youth participants like Brenda stayed with homestay hosts in Chicago to immerse in American culture and exchange experiences. Megan Mozina, a Returned Peace Corps Volunteer and international education professional, is a long-time volunteer with WorldChicago. As Spanish-speakers, she and her husband, Patrick Laux, have hosted several Spanish-speaking visitors. In 2018, Brenda was kindly hosted by Megan and Patrick for first few days of the program, and with the Dova Weinberger family for the remainder for the program.

The night before her flight to Chicago, Brenda felt both nervous and excited. It was her first time visiting the U.S. and staying overnight at a place that was not her own home. “I really wanted to have homestay hosts that were kind, and Megan and Patrick were just that. They were so fantastic and made me feel immediately welcomed,” said Brenda. On the first day, when Brenda was feeling worn-out from traveling, Megan connected with Brenda’s mother to ask for a recipe to prepare a special tea for Brenda, which quickly calmed her down and allowed her to smoothly settle into the program.

For Megan, being a homestay host has allowed her to witness first-hand the value of citizen diplomacy. “People always ask me, why and how do you host strangers from different parts of the world in your own home? They ask because they have no idea how great these WorldChicago international visitors are,” explained Megan. “They are just such incredible people. What is so amazing of the programs is that, when you bring people together, especially young people, you empower them to do so much more. The effect is exponential. “

This feeling was also echoed by Brenda. “Meeting with people like Megan as homestay hosts gave me hope. It reminded me that there are many people helping other people to achieve their goals, that they want to support Mexican students like me to make a difference.” Brenda was selected to participate in the Jóvenes en Acción Program in 2018 because of a social impact project she and her friend started in high school. This Getting Closer Project addressed the lack of English-learning resources at her high school by providing workshops and creating spaces for students to practice English. As a member of the only team in her town. she was to be selected for the Jóvenes en Acción program, Brenda felt a sense of responsibility to her community. While she knew that she would have a great experience during the program, she also wanted to bring what she would learn back to her home. Through the Jóvenes en Acción Program and meeting people like Megan, Brenda felt encouraged to pursue bigger goals while continuing her commitment to her hometown.

Although Brenda had only stayed with Megan and Patrick for a few days, they had stayed in touch even after the program. When Brenda heard that Megan and her husband, Patrick, wanted to travel to Mexico, she invited them to visit her town: “You have to come!” And they did. “When I told my parents they [Megan and Patrick] were going to visit, they were so excited! They were happy to meet and thank the people who had acted like family to their daughter while I was in Chicago.” During Megan and Patrick’s time in her town, Brenda’s entire family showed them around the city.

Megan and Brenda’s connection reminds us of the power of citizen diplomacy, and how its impact lasts well beyond the length of an exchange program. Since 2018, Brenda has achieved many academic successes, while continuing her commitment to her hometown. Now, she is a student at Tecnológico de Monterrey, one of the most prestigious universities in Mexico. She was also one of the 200 students selected for the Líderes del Mañana scholarship at the university designated for students who have demonstrated financial need and a strong commitment to social impact. At her university, Brenda is involved in a student group that provides reproductive health education to young girls living in her town. Like Megan said, through hosting students like Brenda, the impact of WorldChicago’s programs becomes exponential.