“I love interacting with people from different backgrounds, and WorldChicago allows me to serve as the diplomat that I always wanted to become. I have learned so much from the WorldChicago international visitors, both about their areas of expertise and about their countries." 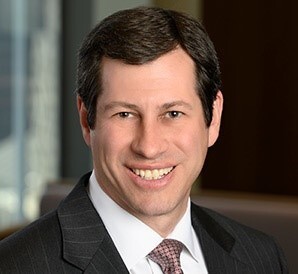 The International Visitor Leadership Program (IVLP) is the U.S. Department of State's premier professional exchange program. Through three- to four-week visits to cities across the U.S., including Chicago, current and emerging foreign leaders from a variety of fields engage in face-to-face dialogues with Americans and cultivate lasting relationships with their professional counterparts. This story features one of our IVLP professional partners in Chicago, John Geiringer.

John is a Partner at Barack Ferrazzano Kirschbaum & Nagelberg, a Chicago-based law firm that provides a wide range of business-oriented legal services to some of the most respected and well-known companies around the world. Since 2016, John has been a valuable professional partner of WorldChicago, hosting international visitors from almost thirty different countries. Focusing on banking law and anti-money laundering issues, John initially connected with international leaders and officials from the IVLP program to discuss international challenges and share best practices for countering money laundering and terrorist financing. Last year alone, John hosted international leaders from the Philippines, Bangladesh, the Czech Republic, France, and Qatar. Through those programs hosted at his law firm, John and the international visitors discussed legal and policy issues surrounding bank supervision, cybersecurity, anti-money laundering, terrorism and a variety of other national security topics.

As the son of European parents, John spent his childhood visiting numerous countries and being immersed in different cultures. “I love interacting with people from different backgrounds,” explained John, “and WorldChicago allows me to serve as the diplomat that I always wanted to become. I have learned so much from the WorldChicago international visitors, both about their areas of expertise and about their countries. Each encounter reinforces my belief that as citizens of the world, we have so much more that unites us, rather than divides us - if only we take the time to listen to each other.”