"I made a lot of valuable contacts and met wonderful people. I learned about practices we don’t have in Bulgaria, which I am willing to implement.” 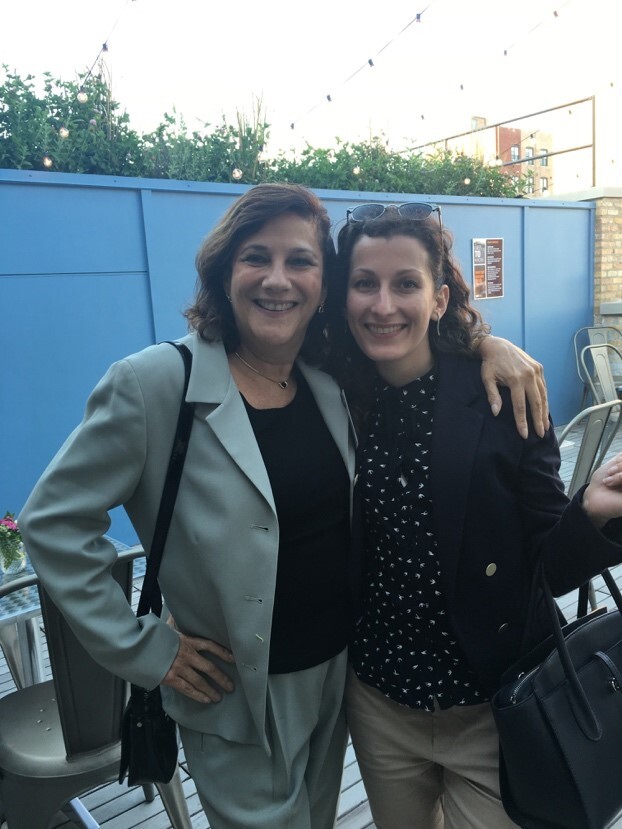 Ina comes from a family of entrepreneurs—both of her parents have their own businesses—but Ina was determined to make her own unique mark on the Bulgarian business landscape. She and her sister started their own venture, Rosey’s Mark, in 2012. Their company specializes in the development of creative food products that incorporate oil from the Bulgarian oil-bearing rose Rosa damascena, and their current product portfolio includes chocolate, tea, jam, and rose water.

In Chicago, Ina participated in a series of meetings and workshops with leaders in the local entrepreneurship ecosystem. In Ina’s view, the program helped her to understand the U.S. supply chain, its main players, American food culture, and market trends. “Having all this information,” Ina stated, “I can better form [Rosey’s Mark’s] strategy of entering the U.S. market. Also, I made a lot of valuable contacts and met wonderful people. I learned about practices we don’t have in Bulgaria, which I am willing to implement.”

Since participation in the program, Ina and her sister have expanded Rosey’s Mark operations, both in terms of production and distribution. A year after Ina’s visit to Chicago, Rosey’s Mark’s chocolate recipe was patented—a historic milestone for Bulgaria, as no Bulgarian company had ever previously patented a chocolate brand!

Professional development aside, interacting with Chicagoans, such as her host family, served as Ina’s favorite parts of the YTILI program. Reflecting on her experience, Ina commented, “I find the people of Chicago friendly, open, and willing to help as much as they can.” (Ina was also thrilled to dive in to Chicago’s internationally renowned jazz scene).

Cathy Lieberman, current WorldChicago Board Chair, hosted Ina in her family’s home. She and her partner, Bart, found homestay hosting incredibly fulfilling, stating, “We found Ina to be a passionate, ambitious young woman.”

Ina’s arrival in Chicago coincided with her recent engagement. Sharing a funny story from the homestay hosting experience, Cathy reflected, “During her stay, Bart overheard a phone conversation Ina had with her sister about a supply order. She communicated to her sister that ‘the supplier needs to understand the order was for 28 tons of roses.’ Following that conversation, Bart jokingly said, ‘I feel sorry for her fiancé—how can a dozen roses ever be good enough!’”

Cathy encourages other Chicagoans to host international visitors through WorldChicago. She thinks that doing so is a great way to “gain an understanding of cultures in countries we have not visited.” Cathy also believes that WorldChicago’s programs provide outlets for Chicago and international leaders alike to learn from one another and create lasting partnerships. Comparing the world to a house and its countries to a vast array of rooms within it, Cathy commented, “WorldChicago’s programs promote goodwill so we can be better partners in the unique rooms of our shared home known as Earth.”